Our broker, Tony Roberts, is excited and proud because his grandson and protegee, Justin Lamarche, has been appointed as “Navigator” on “Rage”, the huge 70-foot Wylie, in the upcoming Pacific Cup Yacht Race from San Francisco to Hawaii in July. At 16, Justin became Canada’s National Silver Medalist on 420s. He has raced on Rage since he was 13 and has completed 14 Swiftsure and 12 Oregon Offshore races, as well as many deliveries on this world-class yacht. “I consider Rage to be my home on the water, and I’ve learned every position onboard and explored every nook and cranny on the ship, from stem to stern and from the top of the mast to the bottom of the keel bulb!”

“For my first Swiftsure race, Steve Rander, the original owner and builder of Rage, told me to sit behind the tiller and simply observe. Observe every position and watch how everyone works together as a team. Every year, Steve challenged me with a new skill, so I quickly became one of the “go-to” crew for any position. Being on the tiller for many hours at 20kts plus feels like being on a 70-foot surfboard.”

“Although we only sail together a few times each year, we all come together seamlessly to produce fantastic wins and create amazing memories. My fellow Rage crew feel like family, and I am so fortunate to be a part of such a talented winning team.”

“The new owner of Rage, Dave Raney, has taken the mantle from Steve and continues on in true Rage spirit. I cannot wait to work my magic and do my part as Navigator in the 2022 Pacific Cup!” 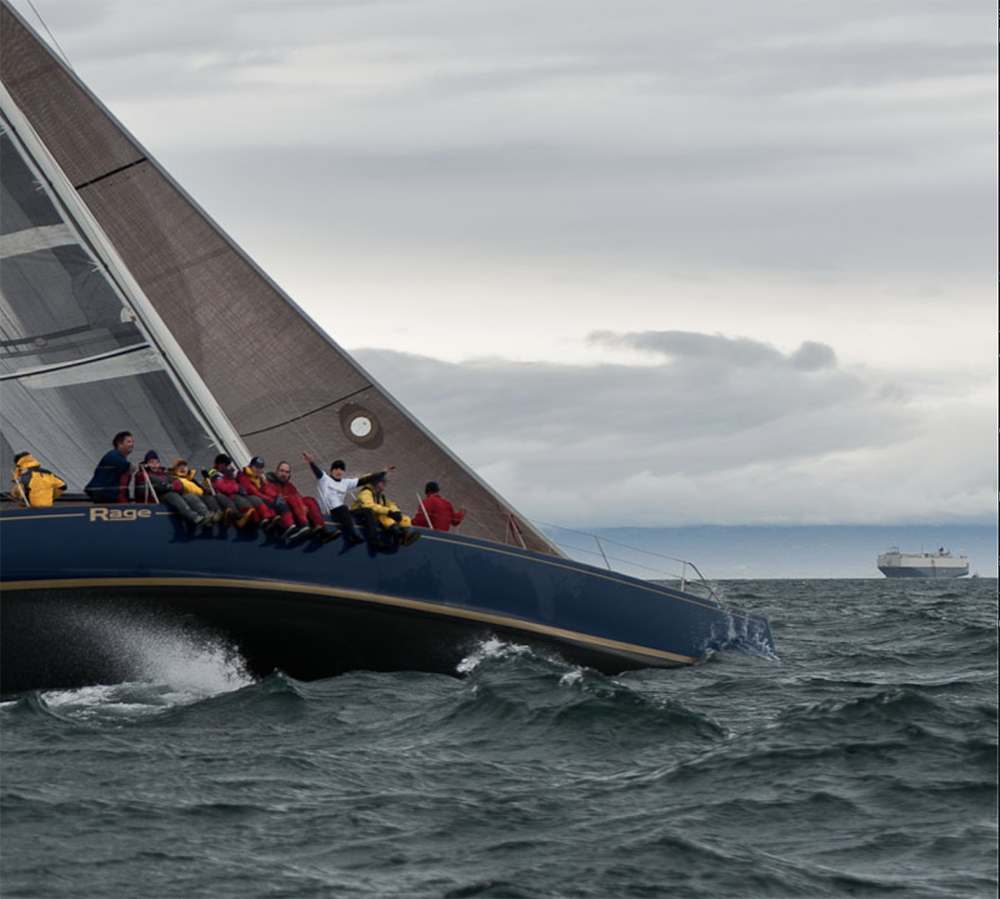