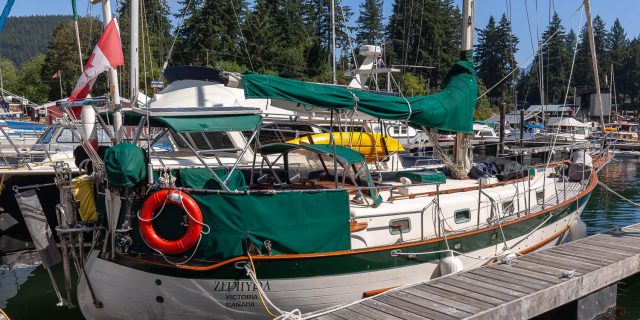 Are you ready for a real offshore yacht?

The Young Sun Boatyard in Taiwan produced a number of these boats beginning in 1979. They are similar to a boat designed by Robert Perry, the Baba 35 that was being produced by the Ta Shing Yacht Building Co. and came out only one year later. It is also said the Ta Shing yard supplied the rigging for these boats. They were marketed in Europe as the Westwind 35 and in the USA as the Young Sun 35. It is thought that around 130 were built.

The current owner has loved this boat for more than 25 years.

There have been many upgrades, new sails, custom woodwork, Espar diesel heat.  The Yanmar 30M has only 70 hours since it was installed last year.  The boat was rewired in 2014.

craig@calibreyachts.com
Previous
Next
back to Sailboats