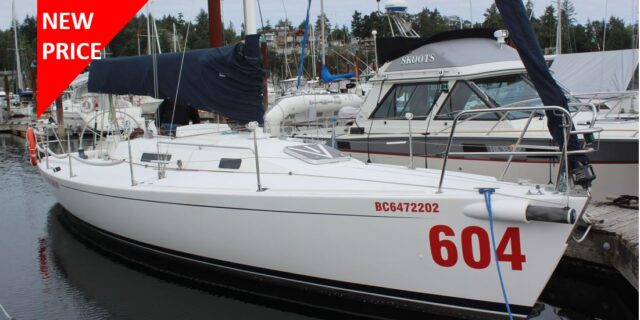 The international J105 is a fixed keel one design racing sailboat.   It was the first production boat featuring a retractable bowsprit which allows for unusually large asymmetrical spinnaker.  She is regarded as a fast design with a clean deck layout that was selected for both of the year in 1992.   The concept behind the company that built the boats was to have something that was fun, easy to sail , possibly shorthanded as well racing in one design fleets.   Cruising is an option in the J105 by adding the dodger, having roller reefing, a large open concept cockpit, as well as a very convenient swim ladder hinged off the transom.   The J105 has the stability, rig and sail controls to handle 15-20 knot winds without the need of reefing, as well she’s built with the strength and seaworthiness for oceangoing passages.

Previous
Next
back to Sail Boats